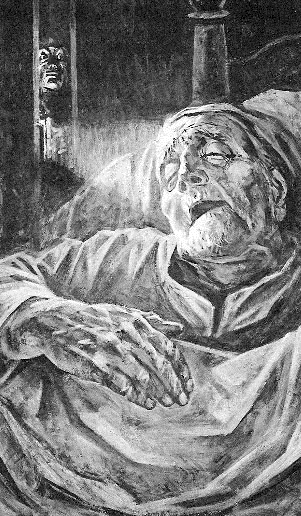 Most everyone who has been responding to my posts seems well beyond beginner status as writers, but I’ve found that going back to the basics has always been good for me.  For example, two of the best books I have on writing are ones that were written for rank beginners, but I keep revisiting them.  Maybe it’s because I’m slow and simple, or maybe because reviewing the basics keeps me anchored.  I figure if my basics are solid, my experimental flights of fancy may have a better chance of working.

Here are two great books that would be good for newbies that I still find helpful today:

What a Writer Needs, by Ralph Fletcher, which is this really, really down to earth discussion of teaching writing that only uses elementary school kids’ writing for examples.

Poetry in the Making, by Ted Hughes, which is the book version of a series of lessons he gave for the BBC Schools Broadcasting Department for the program, “Listening and Writing.”

So, with the proviso that this is basic, here’s a lesson that I get considerable mileage from.

For example, time is an abstraction.  You can’t see, hear, taste, touch or smell it.  It is an abstract idea.  The author Ray Bradbury recognized this problem in his short story, “Night Meeting,” which is about the nature of time, so he made the abstraction concrete for the reader with this description (I’ve taken his prose passage and recast it as a poem so you can see the parts better):
There was the smell of Time in the air tonight.
He smiled and turned the fancy in his mind.
There was a thought.
What did Time smell like?
Like dust and clocks and people.
And if you wondered what Time sounded like
it sounded like water running in a dark cave
and voices crying
and dirt dripping down
upon hollow box lids, and rain.
And, going further, what did Time look like?
Time looked like snow dropping silently into a black room
or it looked like a silent film
in an ancient theater,
one hundred billion faces falling like those New Year balloons,
down and down into nothing.
That was how Time smell and looked and sounded.
And tonight–Tomas shoved a hand
into the wind outside the truck–
tonight you could almost touch Time.

To make the abstraction concrete, Bradbury made “appeals to the senses.”  He gave examples of what he meant when he talked about time.  He was specific.

This idea that abstractions should be made concrete play out in numerous ways in fiction, but mostly, I think, they are most important when we’re trying to communicate moods or feelings.  Saying that a character is afraid, for example, or that a setting is threatening attempts to evoke the abstraction by naming it, but no reader is ever scared by the word “afraid” or made nervous by the word “threatening.”  What we should be trying to do as we write is to provide enough concrete details and evocative metaphorical descriptions to make the reader conclude that the character is “afraid,” or that the scene is a “threatening” one.

A pretty good editing pass on a manuscript you think is complete is to look for words that are abstractions.  They can work in dialogue sometimes, or when they are paired with concrete appeals, but they shouldn’t be doing the heavy lifting by themselves.  Remember that readers hardly ever go to fiction to be told stuff.  They read because they want to feel and experience.  If that wasn’t true then someone telling us that the rollercoaster they went on was terrifying would be all we would ever need, and we’d never try a rollercoaster ourselves.

For me, one of the first stories that actually evoked terror and suspense in my young soul was Edgar Allan Poe’s “The Tell Tale Heart.”  I have no idea how that story appears in elementary school fiction anthologies, but it did (along with “The Black Cat,” “The Pit and the Pendulum,” and “Masque of the Red Death).

When I reread “The Tell Tale Heart” today, I see how Poe works hard to make his abstractions concrete.  I write better when I remember the lessons he demonstrated.

Using Bradbury as a model, take four of the following abstractions and make them concrete.  Do not use single word examples, like “Death is a grave.”  Expand your examples.