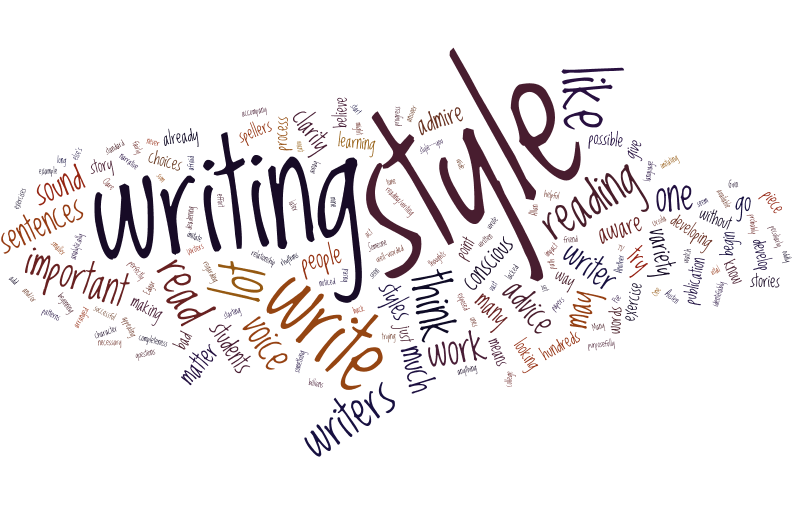 One of my students wrote a paper on how to improve writing, and he focused on voice and style.  He sent me a set of questions.  Here were my answers:

A writer friend of mine suggested that the best advice he would give would be to read a bunch.  I think that’s important too, but I believe there’s a more nuanced way of looking at the impact of reading on style because reading doesn’t seem to have a one to one cause and effect relationship to writing. For example, almost all of my creative writing students had been exposed to hundreds and hundreds of stories in their lives. Some of them were deeply read and loved story, but their own stories had no drama, were oddly organized, lacked character, and in general read like they’d never seen a story before.

So, clearly, reading and reading a lot is just a part of the answer.

Gwendolyn Clare told me, “I think it has less to do with the quantity of reading and/or writing, and more to do with making a conscious effort to think analytically about the writing process. It’s possible to watch a lot of TV without ever learning anything about scriptwriting or acting, because you are consuming it passively. Likewise, I think it’s possible to go through the motions of reading and writing without learning much, because it’s the act of critical thinking (which may or may not accompany the process of reading/writing) that’s important.”