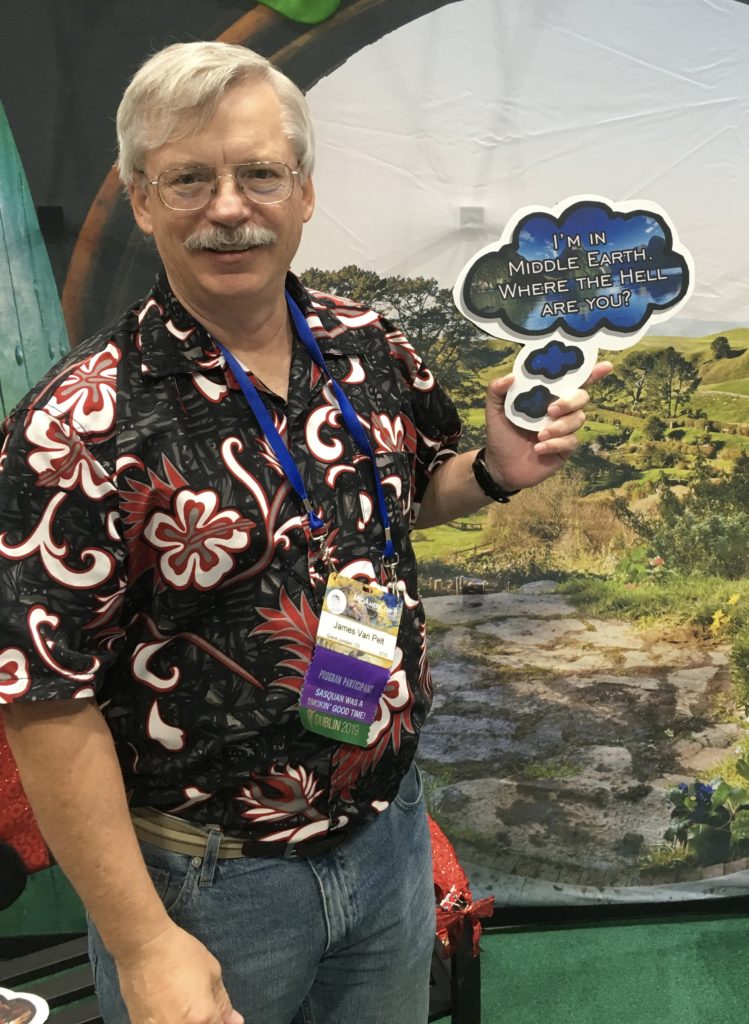 Most of the time when I sell a story, the magazine asks for a bio to go along with it. Writing a bio sucks, so I have a sort of harmless, generic bio that I’ve used a bunch of times. However, I’m doing a reading for the Colorado Mesa University Poet’s and Writer’s series next week, and the coordinator asked for a bio. I almost sent him the generic one, but a mood swept me and I sent this instead. I wish I could get into this kind of mood more often.

James Van Pelt grew up watching Sci Fi Flix and Creature Features Friday and Saturday nights. He gave literature a chance when he discovered Edgar Allan Poe’s “The Pit and the Pendulum” in the middle of the 4th grade literature textbook, a tome that was otherwise filled with the most forgettable prose ever contained between two covers. No wonder so many kids don’t like reading. He wrote poetry first because he heard Dylan Thomas’s “Fern Hill” read out loud. He took his love for language and the fantastic to the University of California at Davis where he earned a masters degree in Creative Writing. His mentor’s parting words to Jim were, “I don’t think you’ll have any luck in publishing. You’re too literary for the popular magazines and too genre for the literary ones.” Since then, Jim has sold 140 short stories to the literary and genre magazines and published four short story collections and two novels. He’s been a finalist for the Nebula Award and been nominated for Pushcart prizes. All Jim can conclude from this is that his university mentor didn’t understand the publishing world very well. He semi-retired from teaching high school English two years ago and has since devoted himself to really trying to get the hang of this writing thing.